South Dakota vs. Wayfair: The Internet Sales Tax Case That Is Changing the Landscape of State Taxation 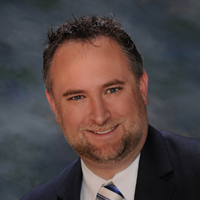 2018 has certainly been a year of change in the tax world. The most recent change, the U.S. Supreme Court’s ruling in the case of South Dakota vs. Wayfair Inc., has overturned decades of precedent when it comes to the taxation of goods sold by out-of-state sellers.

Wondering what this means for online retailers and other remote sellers? You’re not alone—the Wayfair case is complex, and many are waiting to see how individual states will choose to respond.

Below, I’ve broken down the details of the case and some of its likely ramifications.

Through several historical cases, the U.S. Supreme Court established a general rule of substantial nexus—meaning that an out-of-state company must have physical presence in a state before that state can require the company to collect and remit sales and use tax. Physical presence is typically defined as having employees in, or owning or leasing property in a state.

The Court first ruled on this subject in the 1967 case of National Bellas Hess. The Court ruled that the state of Illinois could not require an out-of-state catalog company to collect sales tax as they didn’t have a physical presence in the state and therefore didn’t have substantial nexus for sales tax purposes. The Court believed that the complexity of collecting state sales tax put an excessive burden on interstate commerce. This decision was reaffirmed in the 1992 case of Quill Corp v. North Dakota, where the Court again ruled that North Dakota could not require Quill Corp to collect and remit sales tax due to a lack of physical presence in the state.

Since 1992, however, both the business and ecommerce landscape has changed dramatically. Traditional interstate business and online retail activity has increased significantly.

These changes prompted the state of South Dakota to enact an economic presence nexus standard for sales and use tax collection in 2016. This statute required out-of-state sellers to collect sales tax if their South Dakota sales exceed $100,000, or if they have more than 200 separate sales transactions in South Dakota. Included in the legislation was an appeals process that would expedite a case through the courts to the U.S. Supreme Court should the statute be challenged.

Recently, South Dakota sought to make Wayfair, Inc., along with two other internet retailers who have no physical presence in South Dakota, liable for collecting and remitting sales tax. Wayfair challenged the state statute in court, and the state Court ruled in Wayfair’s favor, following the previous precedent set by the Quill case. The state then appealed the ruling, sending the case to the U.S. Supreme Court.

On June 21, the U.S. Supreme Court ruled in favor of South Dakota, and issued a decision declaring that the physical presence rule was ‘an incorrect interpretation of the substantial nexus requirement of the commerce clause’. As a result, out-of-state sellers will now have to collect the same sales tax collected by all other retailers. The Court did however, remand the case to the South Dakota Supreme Court to determine if any features of South Dakota’s law ‘discriminate against or cause undue burdens upon interstate commerce’.

Leading up to this case, several states have been pushing the boundaries of the legislation surrounding this issue. Approximately 20 states currently have economic nexus statues that are similar to South Dakota’s. It’s expected that many states will act quickly to amend their sales tax laws to reflect the U.S. Supreme Court ruling. And one state is moving in a different direction—New Hampshire, a state that doesn’t assess a sales tax, is considering legislation to help protect New Hampshire businesses from improper attempts by other states to force collection of sales and use taxes.

The ruling in the Wayfair case is sure to create a significant shift in the landscape of state taxation. The decision will have wide-reaching implications for all businesses, not just ecommerce retailers, including consumers and state and local governments. It will be important for all businesses that may be out-of-state or “remote sellers” (whether online or not) to consult with their tax advisors to determine any compliance needs as a result of the current changing state landscape as it relates to the new legislation around collection and remittance of sales or use tax.

What do you think about the new legislation? Leave a comment down below, or feel free to reach out to me directly with any questions about how the new laws may impact you or your business. I’m happy to help!