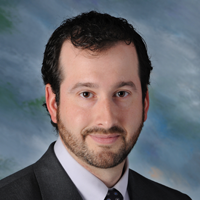 The New York PTE tax follows several other states that have made similar changes since the Tax Cuts and Jobs Act (TJCA) of 2018 enabled the use of PTE tax regimes. The change allows states to bypass the limitation on the deductibility of state and local taxes—the SALT cap—which was also enacted as part of the TJCA. Similar bills are pending in other states, including California and Massachusetts.

Under the New York State PTE tax, eligible entities in New York State that elect to be taxed at the entity level will now be able to provide their owners with a credit equal to the tax paid by the PTE and allow them to avoid the $10,000 SALT deduction limitation.

How does the PTE tax work?

Generally, PTEs must make an annual, irrevocable election by the due date of the first estimated quarterly payment (March 15th of each year), to opt into the PTE tax. However, for 2021 only, the opt-in deadline has been extended to October 15, 2021. The election is effective for tax years beginning on or after January 1, 2021.

The New York PTE tax is imposed at a graduated rate from 6.85% on the first $2 million of taxable income, up to a maximum of 10.9% on taxable income in excess of $25 million. Taxable income includes the income, gain, loss or deduction derived from or connected with New York sources, to the extent included in the taxable income of a resident or non-resident partner, or New York State S corporation shareholder.

Who is eligible for a PTE tax credit?

Direct partners, members, or shareholders (S-corporations) of an electing PTE in New York State will be allowed a personal income tax credit for their proportionate share of the PTE tax paid by the entity. If the credit exceeds the personal income tax due for the applicable year, the excess will be treated as a refund. PTE owners may also claim multiple PTE tax credits for all PTEs that have properly elected to pay the New York State PTE tax.

New York State residents are allowed a credit against their personal state income tax due for other “substantially similar” state PTE taxes paid to other states by the PTE on their share of income included in their New York State tax return.

Before making an irrevocable PTE tax election in New York State—or any other state—it is important to consider the tax impacts to the business as well as its owners, partners, members, or shareholders. Your CPA can help you weigh the benefits and costs at the federal and state level, at varying tax rates for the entity and individuals, to make the best decision based on your specific situation.

If you have questions about the PTE tax in New York State or other states, leave a comment below or reach out to me directly, I’m happy to help!