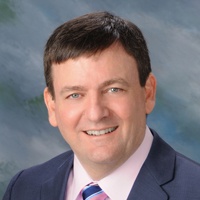 With the election behind us, and tax season ahead of us, tax planning is at the forefront of the minds of many. Although President Elect Joe Biden has shared his proposed tax plan, much is still up in the air as we await the January runoff elections to determine control of the US Senate.

In the meantime, let’s take a look at Biden’s proposed plan and its impacts.

For corporations, Biden has proposed to:

For individuals, Biden has proposed to:

Biden has also proposed changes to capital gains tax. Under current legislation, assets that pass directly to heirs benefit from a tax planning tactic called a “step-up in basis”. This means that an individual may hold onto an asset for many years as it appreciates in value, then pass it to an heir at their death. The basis (the original investment in the asset) rises to the market value as of the date of death, and the heir inherits this “stepped-up basis”. Additionally, the heir benefit from a reduced (or no) capital gains tax if the heir chooses to sell the holdings they have inherited.

Under Biden’s proposed plan, tax would be levied on an asset’s unrealized appreciation at the time of death, doing away with the step-up in basis, and requiring the estate to pay taxes on the gains as if they are sold. His proposal would also increase capital gains taxes for certain taxpayers from 20% to 39.6%.

Taxpayers can make informed decisions by taking these changes into consideration during year-end tax planning, and when making tax and financial decisions as we move into the new year.

Below are some key considerations:

The strategy behind year-end tax planning involves knowing which direction future tax rates will go. Year-end planning decisions typically consider the tax consequences of both the current year and the next year. If marginal tax rates are expected to remain unchanged or to drop, taxpayers consider ways to defer income to the next year and accelerate deductions into the current year. Conversely, if marginal tax rates are expected to increase in 2021, taxpayers should consider strategies to accelerate income into 2020 and defer deductions to 2021.

If you have questions about year-end tax planning or the impacts of any potential tax changes, leave a comment below, or feel free to contact me directly, I’m happy to help!