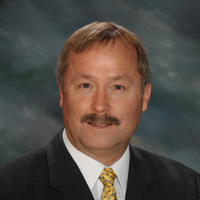 You may have heard that lawmakers recently voted to push forward a proposed "Millionaire's Tax" in the state of Massachusetts. Wondering what this means, and when it could possibly impact Massachusetts residents?

To shed some light on the topic, I've put together a list of frequently asked questions and answers:

Q: What exactly is the "Millionaire's Tax"?
A: The Income for Education and Transportation Amendment—nicknamed the 'Millionaire's Tax' or the 'Fair Share Amendment'—is a constitutional amendment that would levy an additional tax for Massachusetts residents whose annual income exceeds $1 million. The current income tax rate in Massachusetts is 5.1%. If approved, the amendment would levy an additional 4% tax on annual income above and beyond $1 million, to pay for state education and transportation costs. Income under $1 million would continue to be taxed at 5.1%.

Q: What are the pros?
A: Supporters say that the Millionaire's Tax would raise an additional $1.9 billion for quality public education, affordable public colleges and universities, and for repair and maintenance of roads, bridges, and public transportation.

Q: What are the cons?
A: Critics say that the Millionaire's Tax could hurt the state, driving away jobs and giving wealthy residents a reason to move away. New Jersey implemented a similar tax in 2004, and according to the Phoenix Marketing International Report, more than 10,000 millionaire households have left the state as a result. During a 2016 debate, Governor Chris Christie called the tax "a failed idea and a failed policy" and claimed that raising taxes for millionaires actually ended up costing New Jersey $70 billion.

Q: Where does the amendment currently stand?
A: In June of 2017, house and senate members voted 134-55 to put the proposed amendment before voters on November 6, 2018. If approved, the amendment would take effect on January 1, 2019.

What are your thoughts on the Millionaire's Tax? We all support better, more affordable education and much needed infrastructure projects, but should the wealthy be responsible for paying the bill? Or should the state look for ways to reduce inefficiencies and waste in the budget before resorting to raising taxes?

If you have questions about the Millionaire's Tax, or how it might impact you or your family, leave a comment below or feel free to contact me anytime.

UPDATE: On Monday, June 18, 2018 the Massachusetts Supreme Court ruled that the proposal known as the 'Millionaire's Tax' cannot appear on the ballot this November. The decision, authored by Justice Frank Gaziano, finds that the three parts of the ballot question — the flat tax on income over $1 million, and the future appropriations of that revenue to transportation and education — aren't "mutually dependent," as required by law, and would put voters in the position of casting a single vote on two or more dissimilar subjects.