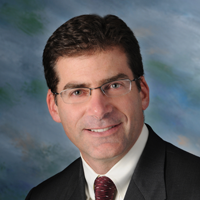 President Trump recently unveiled the "2017 Tax Reform for Economic Growth and American Jobs", which calls for tax cuts and simplification for both individuals and businesses. Currently, the plan contains broad principles, with specific details to be determined in the coming weeks.

While we wait for the details to be finalized, I've summarized the major changes outlined in the current proposed plan. Here are the top 10 things you should know:

Trump's tax proposal also covers some international tax issues, such as instituting a one-time tax on repatriated profits being held overseas, and moving to a territorial tax regime instead of a worldwide tax regime. The plan leaves out a few areas too—like bonus depreciation, small business expensing, business credits (including the popular research and development credit), energy tax incentives, spending and tax incentives for infrastructure, and the controversial "border tax" previously discussed in his campaign.

Currently, these proposed changes are just that—proposals. No legislative language has been determined yet. However, Administration officials predict that these tax reform changes will be finalized and go into effect sometime this year.

Questions about how these changes will affect you or your business? Leave a comment below, or contact me directly anytime.